RELEASED WITH KIND SUPPORT FROM MUSIKFONDS E.V. BY MEANS OF THE GERMAN FEDERAL GOVERNMENT COMMISSIONER FOR CULTURE AND MEDIA (BKM), AS PART OF THE NEUSTART KULTUR RECOVERY PROGRAMME

Lottie Sebes’ Veritas Ventriloquist is a performance and sound work which questions, transforms, and harnesses the historical entanglements of gender, voice and technology. At the core of this performance is the Veritas Machine - a noisy, dynamic, woman-machine interface made of dismantled and reforged sewing machines, re-envisioned as an instrument and vocal synthesiser. This instrument is a set, an apparatus and a relational system of technological components which have been predominantly used by women in history.

Loops of archival material and electromagnetic sounds are wound through the mechanisms of the sewing machines, combined with their hacked foot pedals, resonating in Sebes’ oral cavity. The body becomes the sounding chamber for a genealogy where machines and media have historically impressed their gendered codes. Choking and aggression seep between the cracks of feminised postures and glances. The ventriloquised noise of the machine erupts through the mouth to form a shared agency through which a cyborg voice can defy the boundaries of its own gendered history.

In collaboration with Davide Luciani and Mote Studio, Veritas Ventriloquist is being expanded from performance into a constellation of media which will be released as a publication in conjunction with a concert on the 26th of March at Morphine Raum in Berlin. More than an act of mere documentation, the forthcoming music release, printed visual anthology, web-based media and text-based research are intended to present the full extension of Sebes’ sprawling inquiry conducted on two interconnected fronts of artistic research: sound practice and written, theoretical research. This release seeks to map both the genealogies of the media Sebes employs in her work and her processes of research and creation, aggregating the trans-media and trans-disciplinary manifestations which are created in this process.

"Veritas Ventriloquist" is a hybrid publication expanding the performance into a constellation of media. 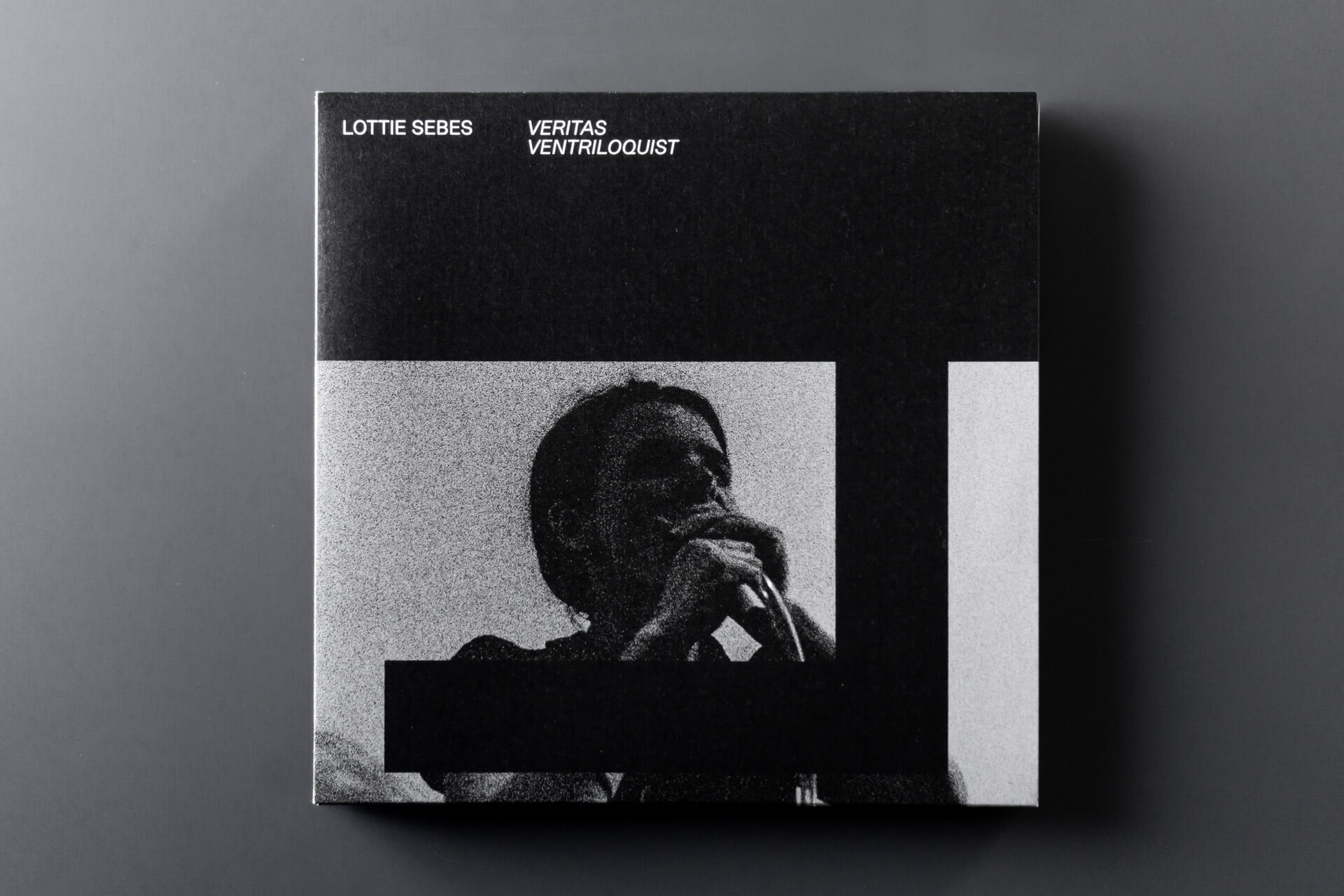 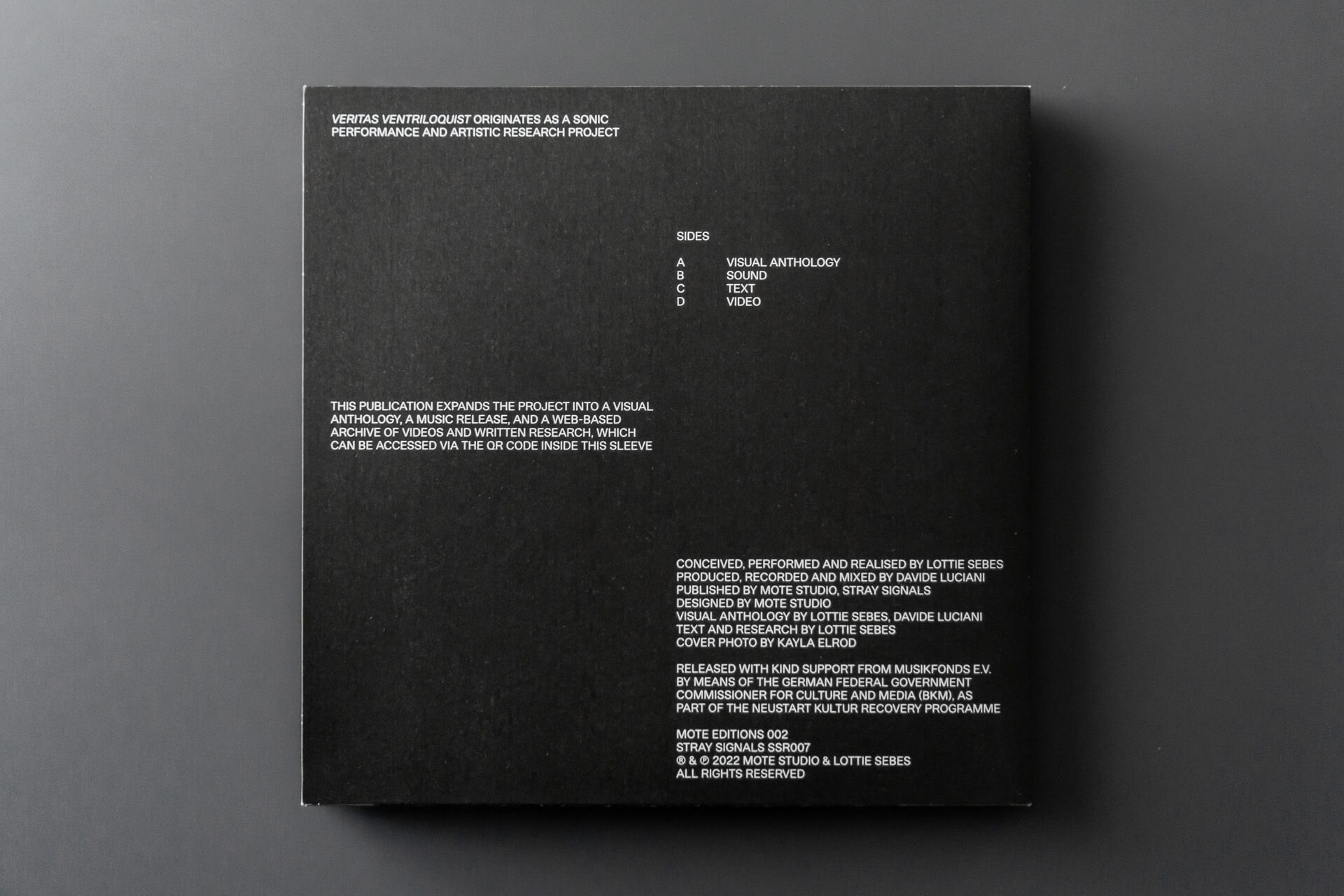 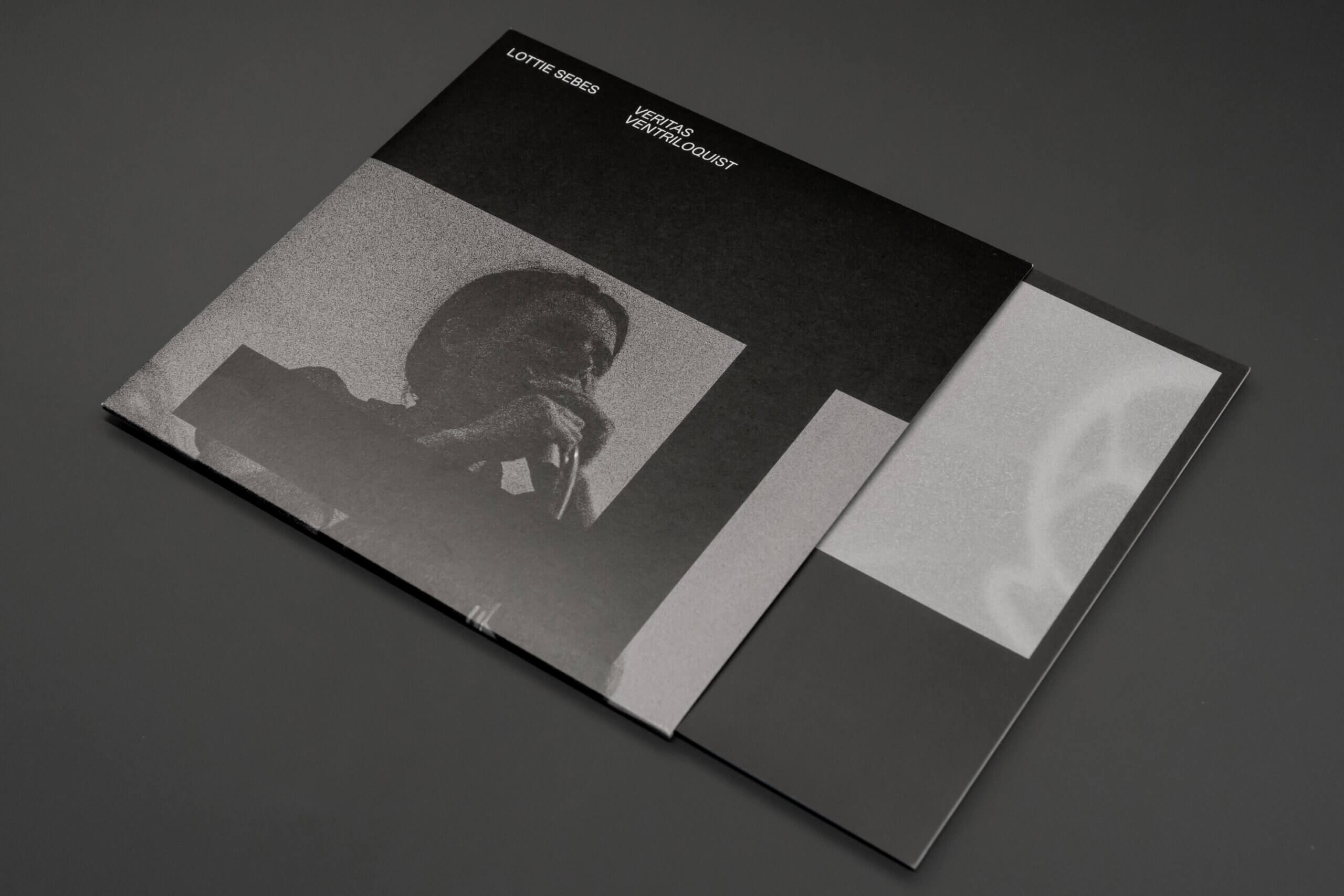 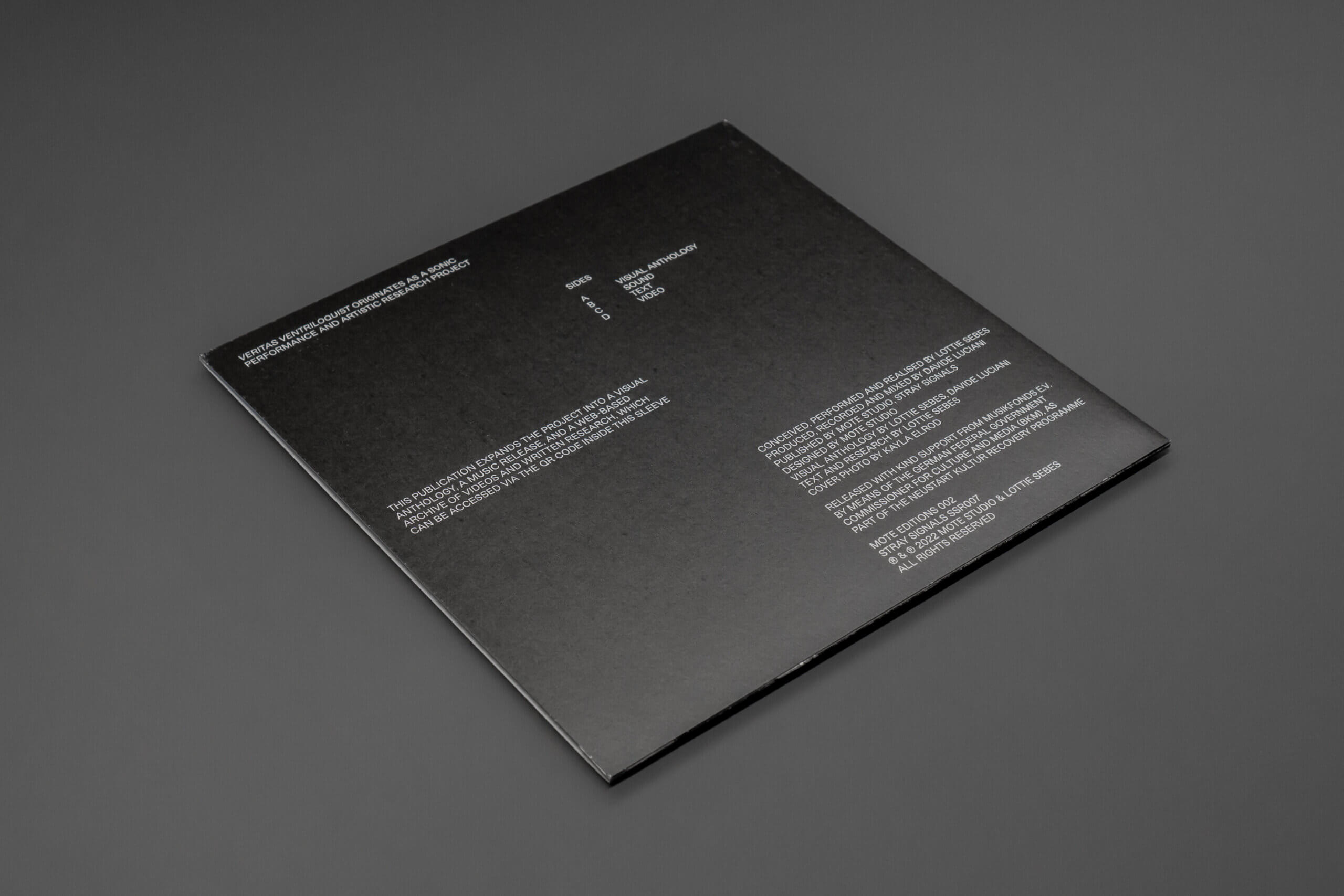 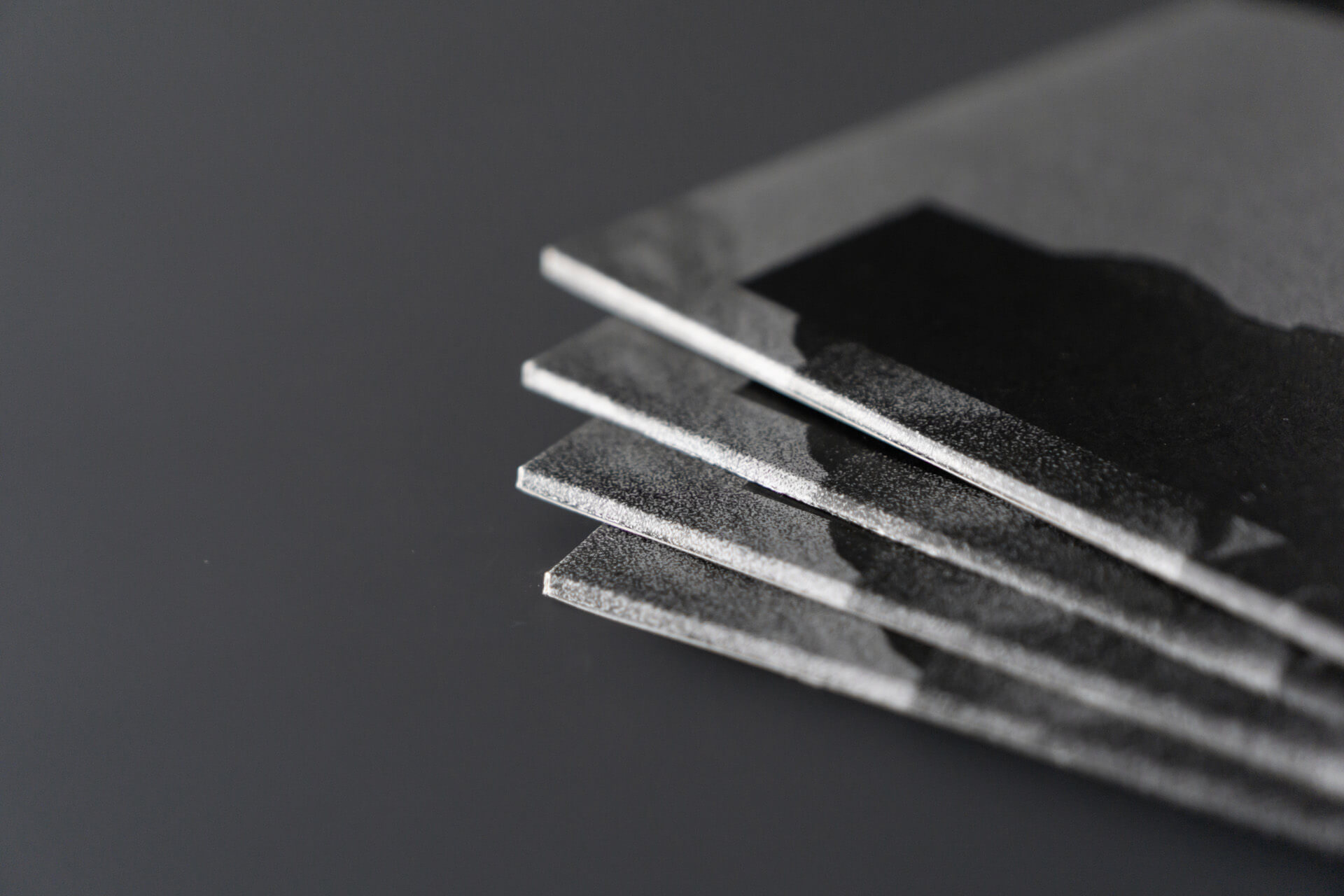 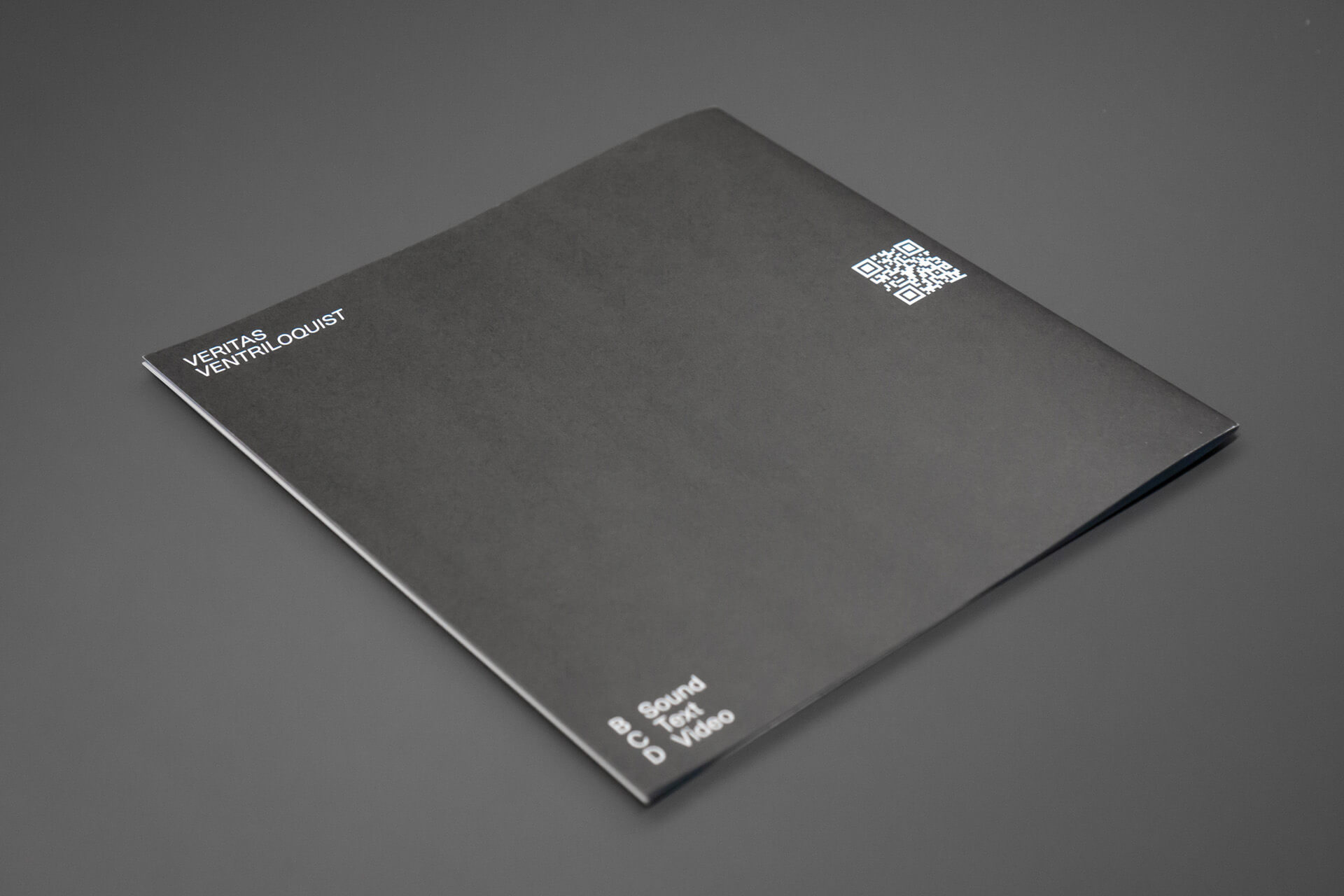 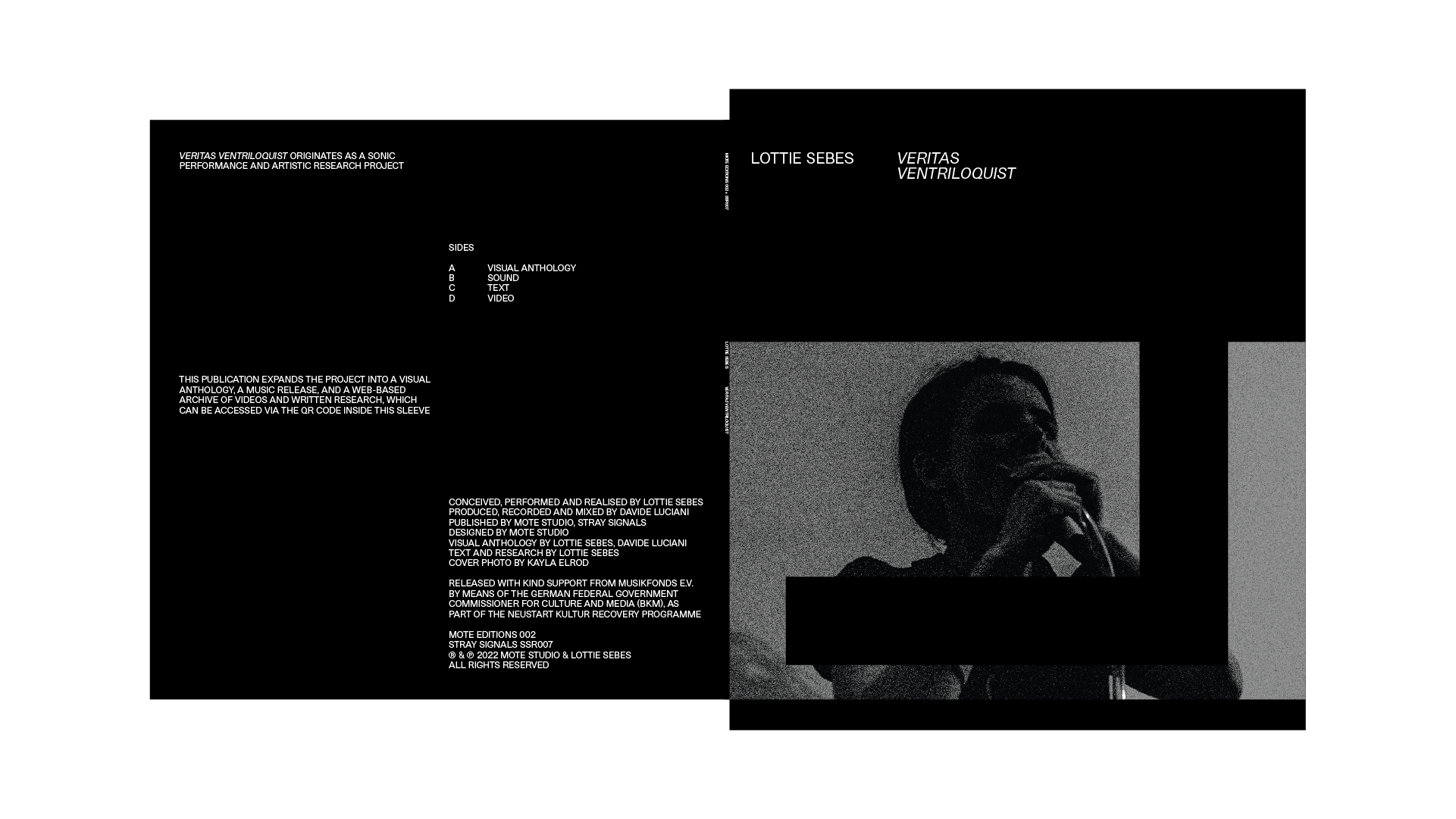 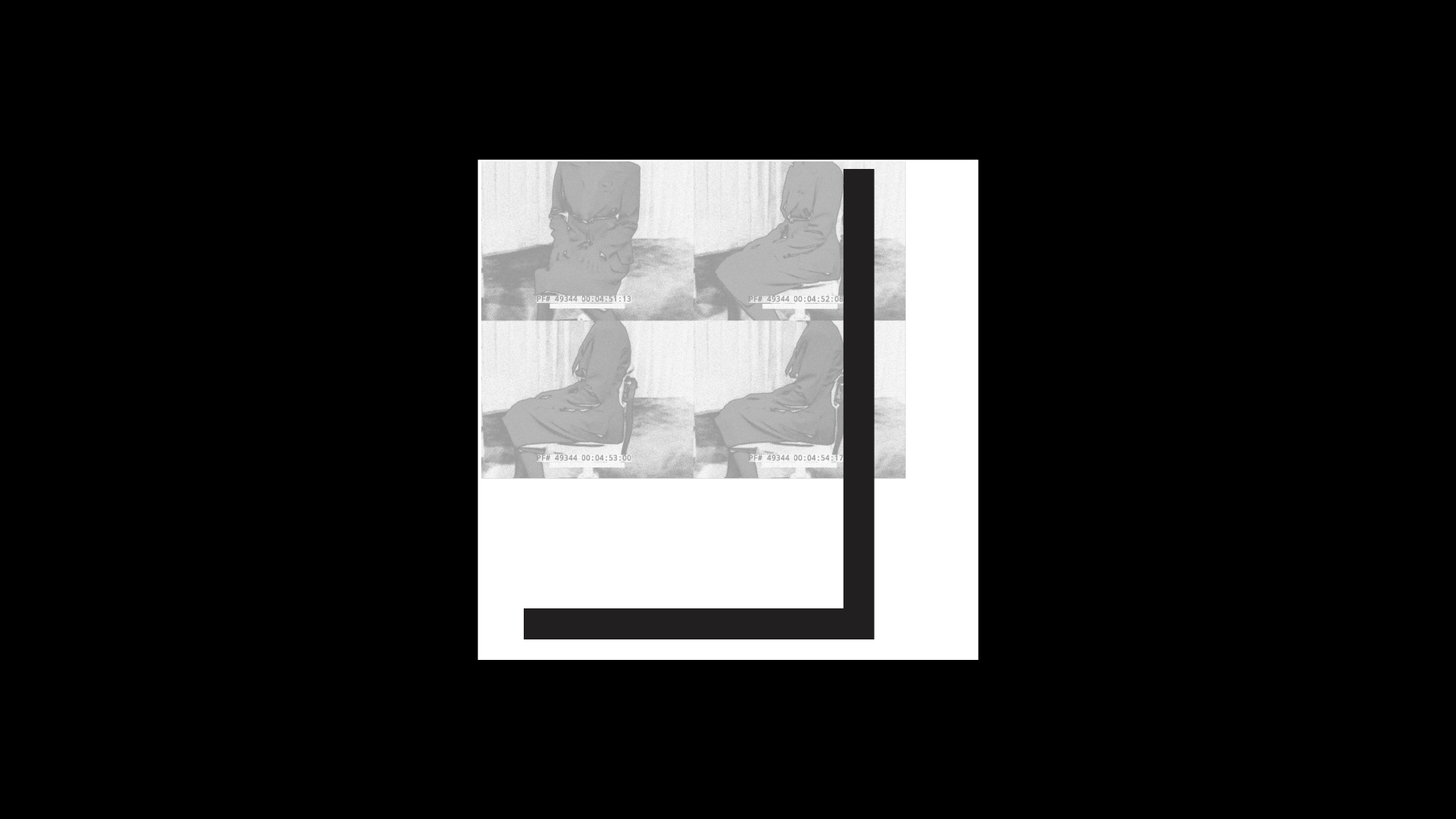 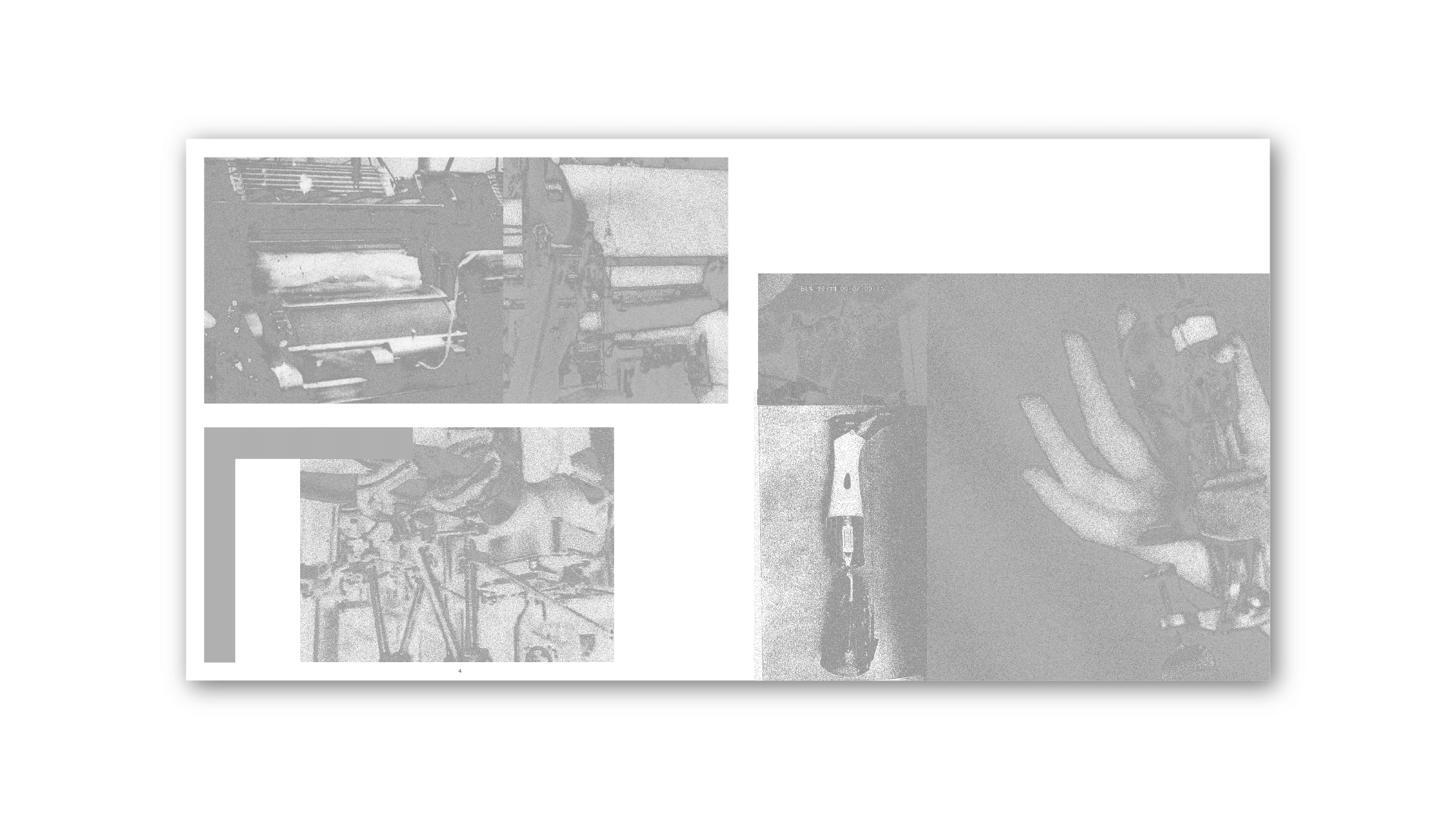 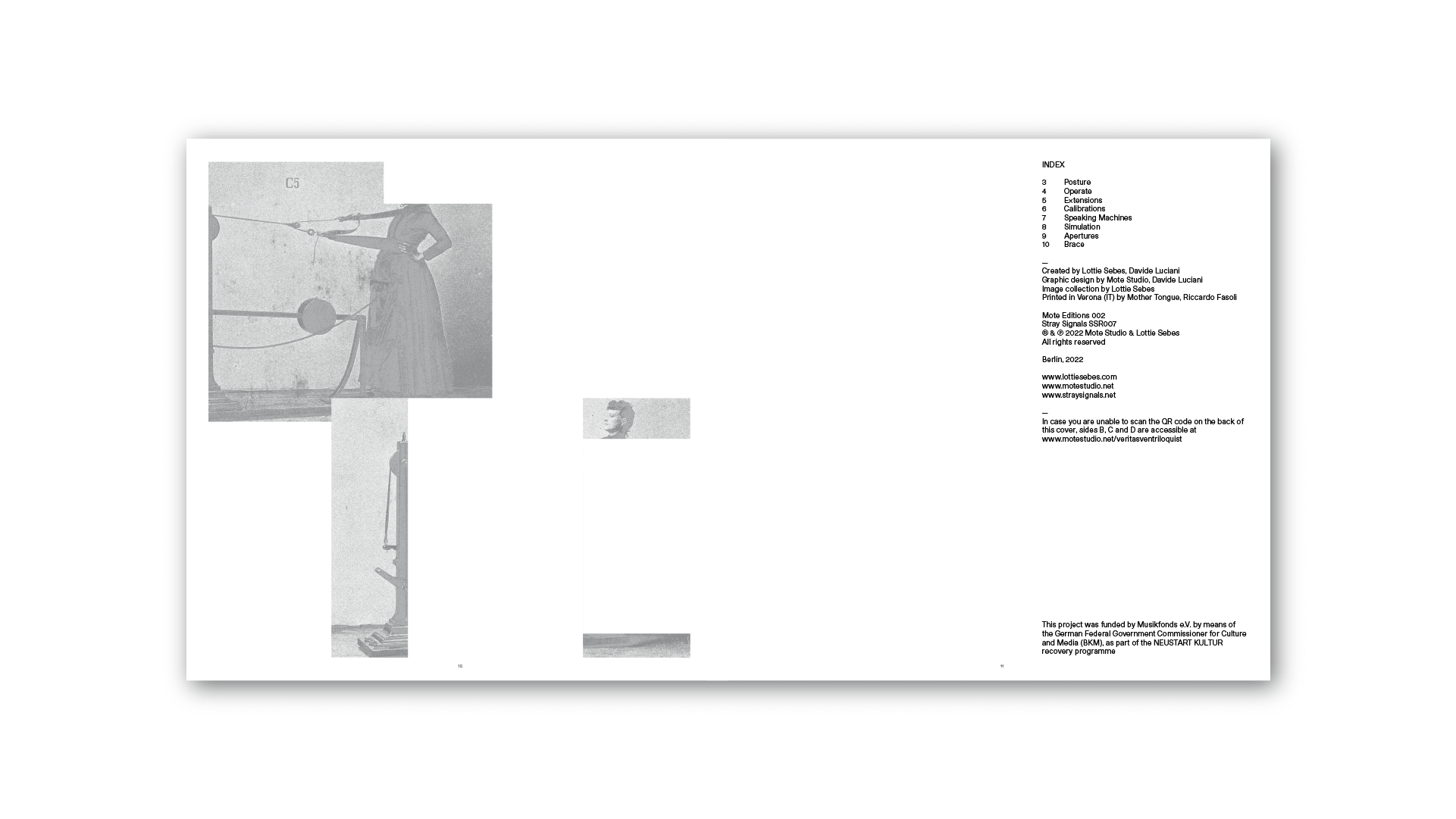